One way people learn about history and academic subjects is through reading novels. This is why I am happy to be working with Jerry Jenkins, author of 195 novels (which have sold some 70 million copies!). Our book, Dead Sea Rising, is the first in a series of books that feature intrepid archaeologist Nicole Berman. She uncovers artifacts from antiquity that not only shed light on the past but throw political and religious issues of the present into a whole new light, but she does this at great peril to herself and those she loves. If you are looking for a new, exciting series of adventure and suspense, these are the books for you! 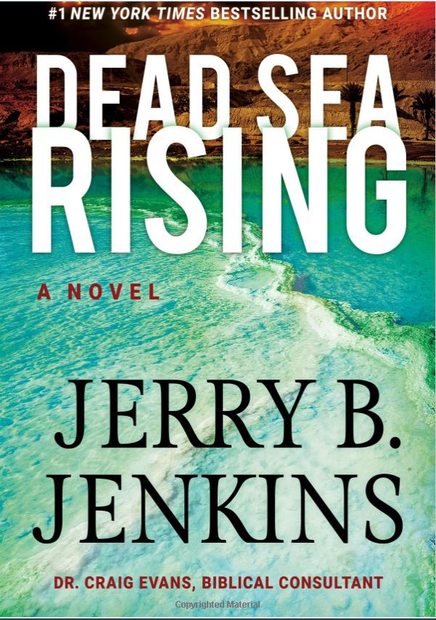 FROM #1 NEW YORK TIMES BESTSELLING AUTHOR JERRY B. JENKINS COMES A HEART-STOPPING ADVENTURE OF HISTORICAL PROPORTIONS
​Nicole Berman is an archaeologist on the brink of a world-changing discovery. During her first dig in Jordan, she believes she has found concrete evidence of a biblical patriarch that could change history books forever. But someone doesn't want the truth revealed. While urgently trying to connect pieces of an ancient puzzle, a dangerous enemy is out to stop her.

What people are saying ...

From a criminal investigation in Manhattan to the birth of Abram in ancient Ur, Jerry Jenkins weaves together a tale of drama and suspense that will draw you into the lives of two families separated by 4,000 years of history yet sharing remarkably similar struggles of faith. Dead Sea Rising combines the thrill of a whodunit with the moral and political intrigue of the ancient, and modern, Middle East. But be prepared. Once you begin, you won't be able to stop until you reach the final page!
-- DR. CHARLIE DYER, PROFESSOR-AT-LARGE OF BIBLE, AND HOST OF THE LAND AND THE BOOK RADIO PROGRAM

If you love history -- especially biblical history -- this is a fun and fascinating read! -- JONI EARECKSON TADA, JONI AND FRIENDS INTERNATIONAL DISABILITY CENTER

Jerry Jenkins' dialogue is equal to the best of Nelson DeMille, his storylines equal to the best of John Grisham. And now Dead Sea Rising . . . this book may be Jerry's best. -- ANDY ANDREWS, NEW YORK TIMES BESTSELLING AUTHOR OF THE TRAVELER'S GIFT AND THE NOTICER
​
Jumping back and forth in time at a breakneck pace, Dead Sea Rising is a thriller as only Jerry B. Jenkins can tell it. Biblical history combines with gripping contemporary mystery. Just be aware -- you'll be hooked. -- JAMES SCOTT BELL, INTERNATIONAL THRILLER WRITERS AWARD WINNER